Contents hide
Sustainable Energy Facts
1. Renewable energy equals clean energy
2. The primary varieties of sustainable energy are…
3. Five times more jobs are created through renewable energy, in comparison to fossil fuels
4. China is the leader when it comes to generating wind power
5. Just one wind turbine can make a significant impact
6. Major tech corporations are taking the lead when it comes to the green movement
7. Itaipu Dam generates electricity for Paraguay and Brazil
8. Portugal can supply the entire country with electricity through renewable energy alone
9. Iceland, the largest energy generator per capita in the world
10. In some countries, sustainable energy is more cost-effective than fossil fuels
11. Sunlight could meet worldwide electricity demand if harnessed properly
12. Biomass is presently the largest renewable energy source in the US

When the term “renewable energy” is mentioned, most of us instantly think about energy sources like the wind, water, solar or geothermal energy, and while it appears to be of importance, many people often overlook exactly what a major impact renewable can have on the lives of millions of people as well as the planet and our environment.

Have a look at these interesting sustainable energy facts to give you a better insight into why more companies and individuals should invest in renewable energy sources. 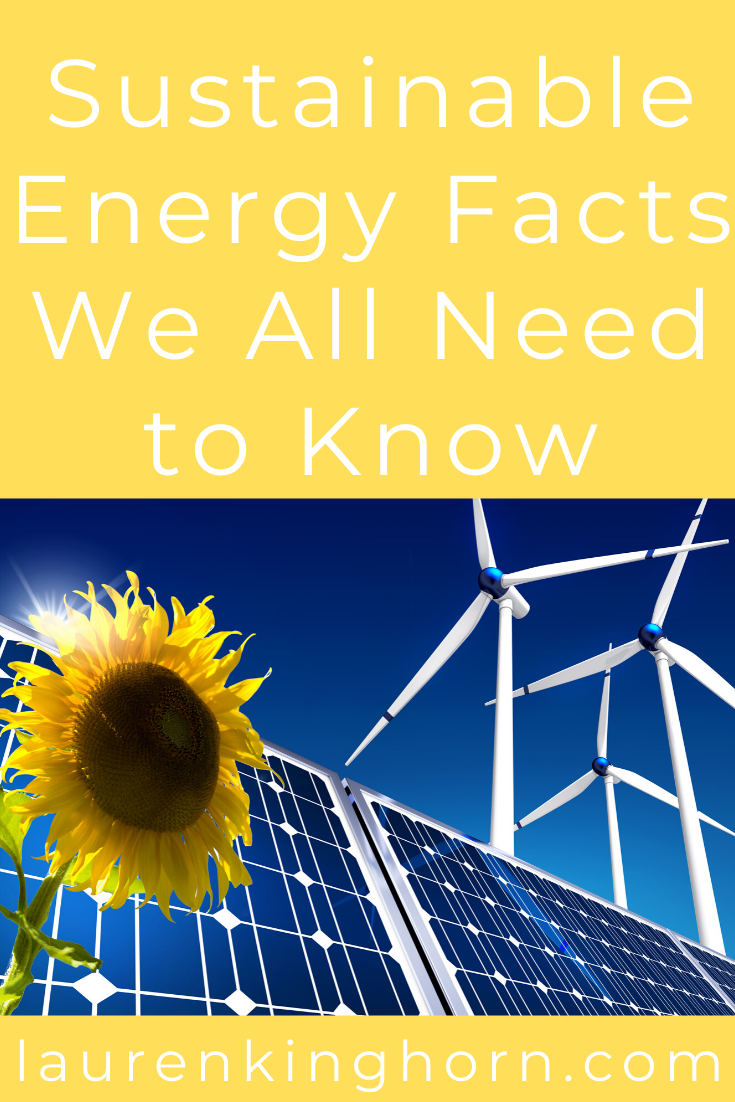 Sustainable energy is a type of clean energy which is generated by natural resources in nature.

2.   The primary varieties of sustainable energy are…

The best thing about these resources is that they are continuously replenished.

When clean energy jobs are compared to those of gas and coal, the sustainable energy industry has generated five jobs for every one job in the fossil fuels sector.

4.     China is the leader when it comes to generating wind power

Did you know that China has extensive coastlines and a substantial landmass, of which they take full advantage to capitalize on cultivating wind energy? In 2017 alone, they’ve managed to install 19.7 GW of capacity, manufacturing and erecting two wind turbines each hour.

5.     Just one wind turbine can make a significant impact

6.       Major tech corporations are taking the lead when it comes to the green movement

Large technology firms such as Facebook, Apple and Microsoft are all competing to help generate a greener internet. They are all committed to incorporate green operations and business initiatives through green energy. All three global brands were categorized A in the clean energy directory.

The largest dam worldwide, the Itaipu which is nearly two hundred metres tall and spans a massive 7919 metres across, is contributing seventy-six percent of Paraguay’s electricity while also producing seventeen percent of Brazil’s power each year.

8.     Portugal can supply the entire country with electricity through renewable energy alone

During 2016, Portugal was powered via a combination of hydro-generated, wind and solar energy for four consecutive days, a memorable clean energy milestone for Portugal to meet the EU’s sustainable objectives for 2020.

9.     Iceland, the largest energy generator per capita in the world

Iceland has an abundance of geothermal energy thanks to the string of volcanoes surrounding it. One hundred percent of the country’s electricity is generated through hydropower and geothermal resources.

10.   In some countries, sustainable energy is more cost-effective than fossil fuels

Renewable energy is far more affordable in some countries due to their capability of harnessing resources of energy that are predominant to their locations.

The sunlight that falls on earth for an hour is enough to power the energy demands worldwide for an entire year if only it could be appropriately harnessed.

12.   Biomass is presently the largest renewable energy source in the US

Biomass has more than two-hundred plants in the US, delivering energy to 1.5 million American homes.

Hope these sustainable energy facts help you dream up ways you can make a difference in this space.